Srixon Z-Star XV Golf Balls – Yellow Push your distance to the limit and enjoy plenty of greenside control with the most powerful ball in our lineup. If all your birdies start with a stratospheric tee shot, then Z-STAR XV was built for you. Features Max Greenside Spin Refuse compromise; demand the best. From its molecules to its dimples, we ve pushed every feature of the Z-STAR XV to its limit. We stopped at nothing to achieve ultimate performance because we know you ll do the same on every tee shot, chip, and putt. What s New A reformulated inner core boosts overall resiliency for a faster snap off the clubface. It translates to blinding ball speed and extreme distance with the driver. Technology FastLayer Core Soft at its center yet firm around its edge, FastLayer Core gives you speed and great feel so you can play with confidence and big distance. A special heat treatment bakes speed into the outer portions of the core yet leaves the center satisfyingly soft. And the transition from soft to firm happens gradually, giving you consistent performance shot-to-shot, club-to-club. Urethane Cover & Spin Skin with SeRM Every Z-STAR Series golf ball features an extra thin, thermoplastic urethane cover. For even more spin and control, we add our Spin Skin coating. This additional layer of urethane is only a few microns thick, but it uses Slide-Ring Material (SeRM) to increase friction and maximize spin on chips and pitches. 338 Speed Dimple Pattern With their new, deeper dimensions, the redesigned 338 Speed Dimples on each Z-STAR Series golf ball punch through air for a penetrating launch. After launch, the dimples generate lift, driving the ball upward and maximizing glide distance during descent. Specifications Soft feel Longer distance Mid-high flight 4PC Urethane construction High greenside spin Low driver spin 0.5mm cover thickness 338 dimples 102 compression This listing is for Style Number: 10311207 … (1) dozen balls

Shop Direct At This Fine Retailer 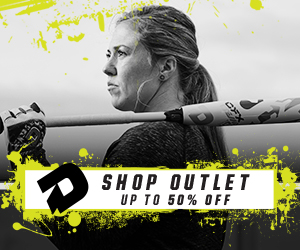